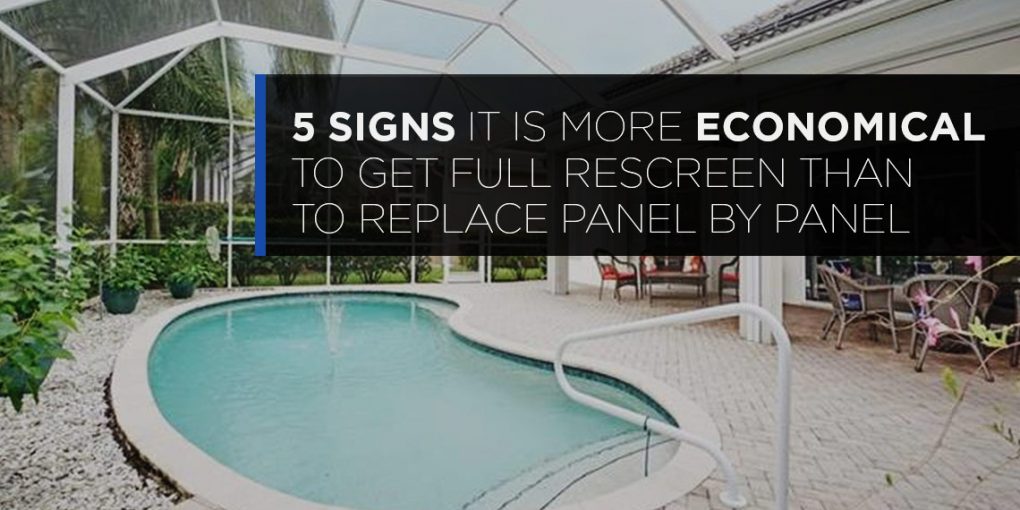 Commonly, homeowners want to replace just one panel if they see a damaged section of screen in their pool cage or screen enclosure. After all, that’s the piece that most urgently needs attention, right? Maybe or maybe not.

Replacing all the screen, panel by panel is an expensive proposition. When you replace by the individual panel, you end up paying much more per panel, partly because there’s no discount on the cost of the screen. You also have to pay a service call each time the workers come to your home. Before you decide whether to replace just that panel, consider these 5 signs that going for a full rescreen is your most economical option.

What Do These Signs Have in Common

The common thread among these signs is that you need to do the full rescreen in one go if the problem does or soon will affect the entire screen. If a specific action or event, such as a raccoon climbing on it, causes a tear in one panel, you might be able to economically replace just that panel. Fixing an ongoing problem one panel at a time just doesn’t make good financial sense. In those cases, it’s much more economical to have a total rescreen done.