Project ScopeLocation: Osprey, FLRepaint: Sherwin Williams Hi-Solids PolyurethaneRescreen: Superscreen 17/14New Clear View Doors (Bronze)Homeowners from Osprey, Florida, never knew their pool could look as good as it could– after they saw the complete pool restoration project spearheaded by our team at Gulf Coast Aluminum.A brief backstory: They tried countless times in the past to address […]

A homeowner from Bradenton, FL, has had a pool for several years now, so they contacted us to replace the enclosure screen to give this great outdoor space for relaxing and entertaining guests a well-deserved makeover.Their existing screen recently began to sag, and old panels collected bugs and debris. The deteriorating screen only affected the […]

With lush green views and adequate sunlight exposure daily, our client from Nokomis, FL, asked us to do a timely re-screening project for their pool enclosure.They know the value of enjoying nature in the peace of their backyard– and the best way to enjoy the sunshine, fresh air, and a splash in the pool the […] 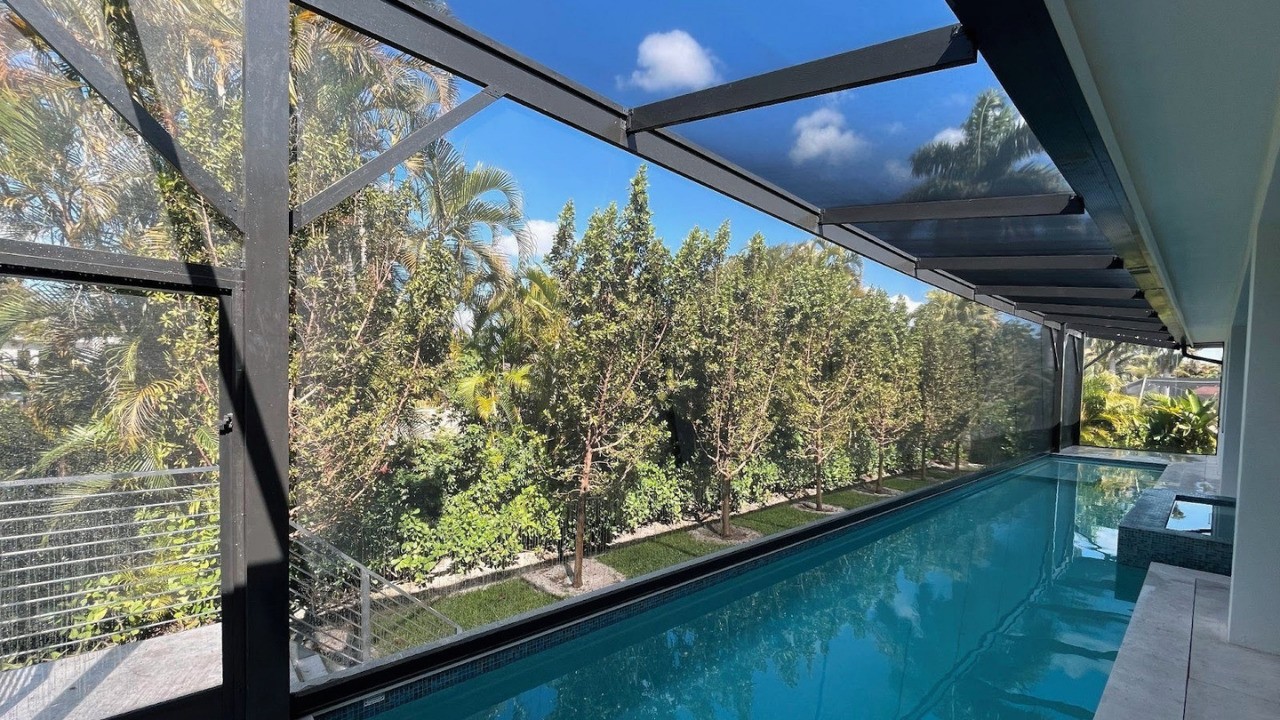 New Screen Enclosure For a Lap Pool in Naples

Installing a screen enclosure to your home in Florida adds some additional living space for your family to enjoy, and that’s what our Naples client prioritized. This project was designed to enclose a lap pool, and increased the homeowner’s lanai or pool area.Aside from outdoor privacy, this enclosure also protects them from the rain splatter […] 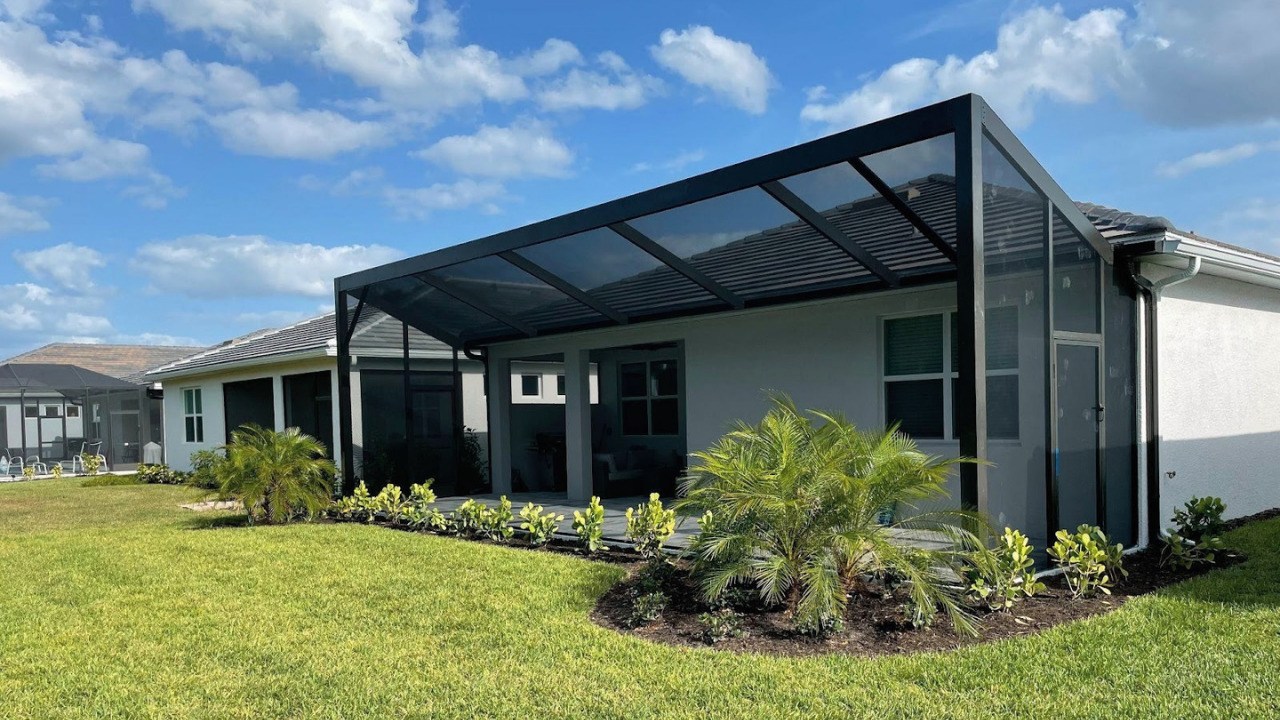 Our client from Bonita Springs, Florida, wanted to enhance their backyard by installing a screen enclosure.They called us to specifically erect a new build screen enclosure on an existing paver deck (10’x40′), which will provide an outdoor living space that all the household members can enjoy. (Related: Screen Enclosure Replacement in Bonita Springs)The paver deck […] 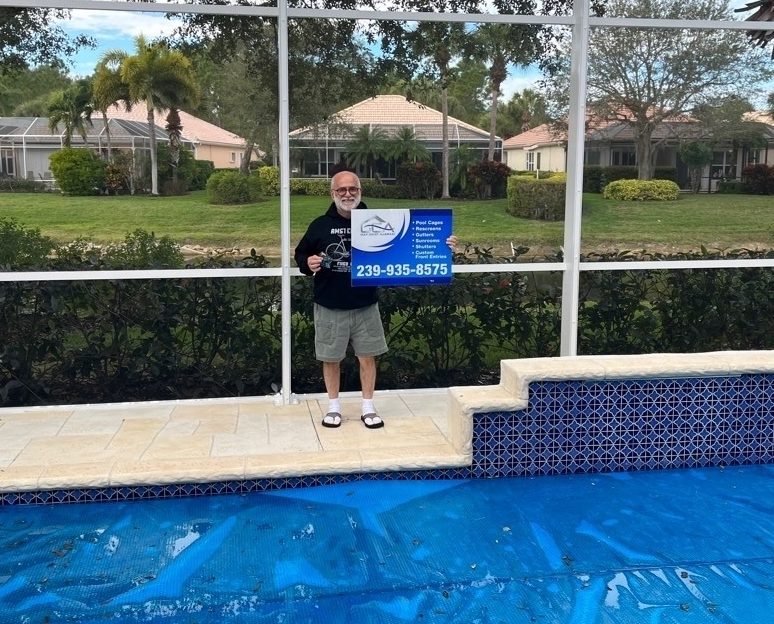 This pool cage in Naples had been an eyesore because of rust, algae and the natural wear and tear. That’s why our client decided to call us for our Lifetime Restoration service, which includes re-screening, repainting and replacement of fasteners. Here are a couple of photos of how the enclosure looked before the restoration.BEFORETo make […] 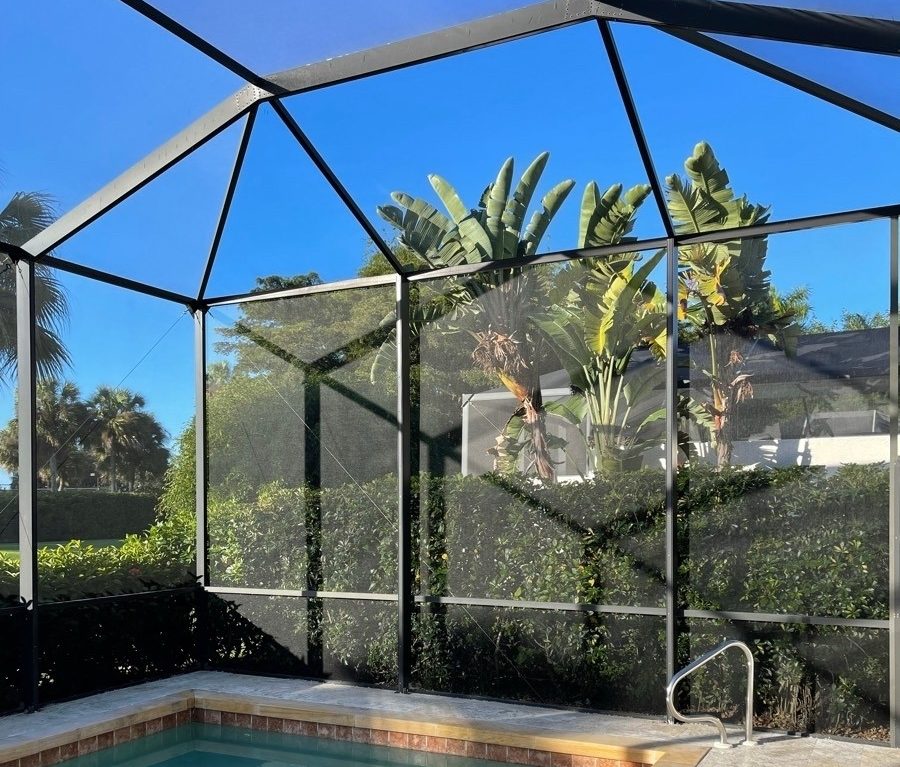 Depending on the quality of materials that is used to build your enclosure or the quality of work that was put into it, you may need to have it repaired and restored a number of times. If low-grade materials were used, in a few years, you may see your fasteners getting rusty and the aluminum […] 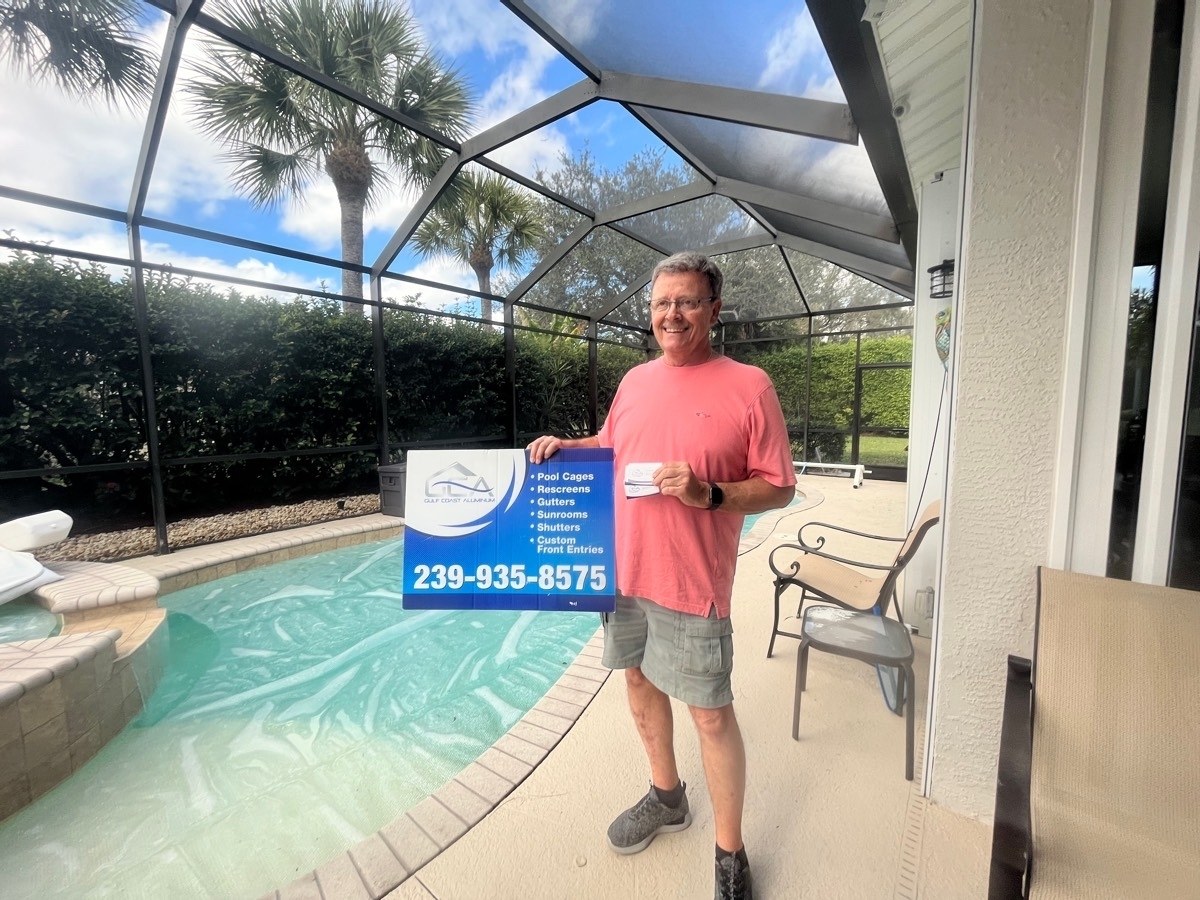 Because of the natural wear and tear, among other things, your enclosure is going to need a repair. One of the more frequently damaged parts of an enclosure is its screen mesh. And without a proper screen, what is the enclosure there for?Having so, a re-screening is one of our most sought after services. And […]