Carports To Match The Building (You’ll Be Surprised)

Carport for condominiums — we do a lot of them!  And we love doing them.  Lets take a look at one of the more unique carport projects we did down on Vanderbilt Beach, Naples Florida.  We are even going to talk price!  BUT FIRST; a little preface, if you are considering carports I would suggest reading my article on how to start and manage your carport project professionally.

Lets digress, and dive into this project.  A couple of the board members from Vanderbilt Surf Colony were considering carports and gave us a call.  They didn’t have siteplan or engineering but they were fairly serious.  I told them that they would be around $6,000 per parking (they were requesting one, 12 spot structure) for a traditional aluminum carport that was code compliant, but that there would be a charge for site review, consultation, and guaranteed written quote.  From there things change!   It turns out they didn’t want a traditional aluminum carport, they wanted something finished to match the building.  We could do it.  It would probably be around $12,000 per spot but a match to the building code be done.  They took a couple days to discuss it, before calling me back to schedule an on site for $250.

I met with a couple of the board members to discuss placement of the structure, and finishing options and we agreed to a scope of work that would be quoted.  In very vague words here was the scope of work to be bid: 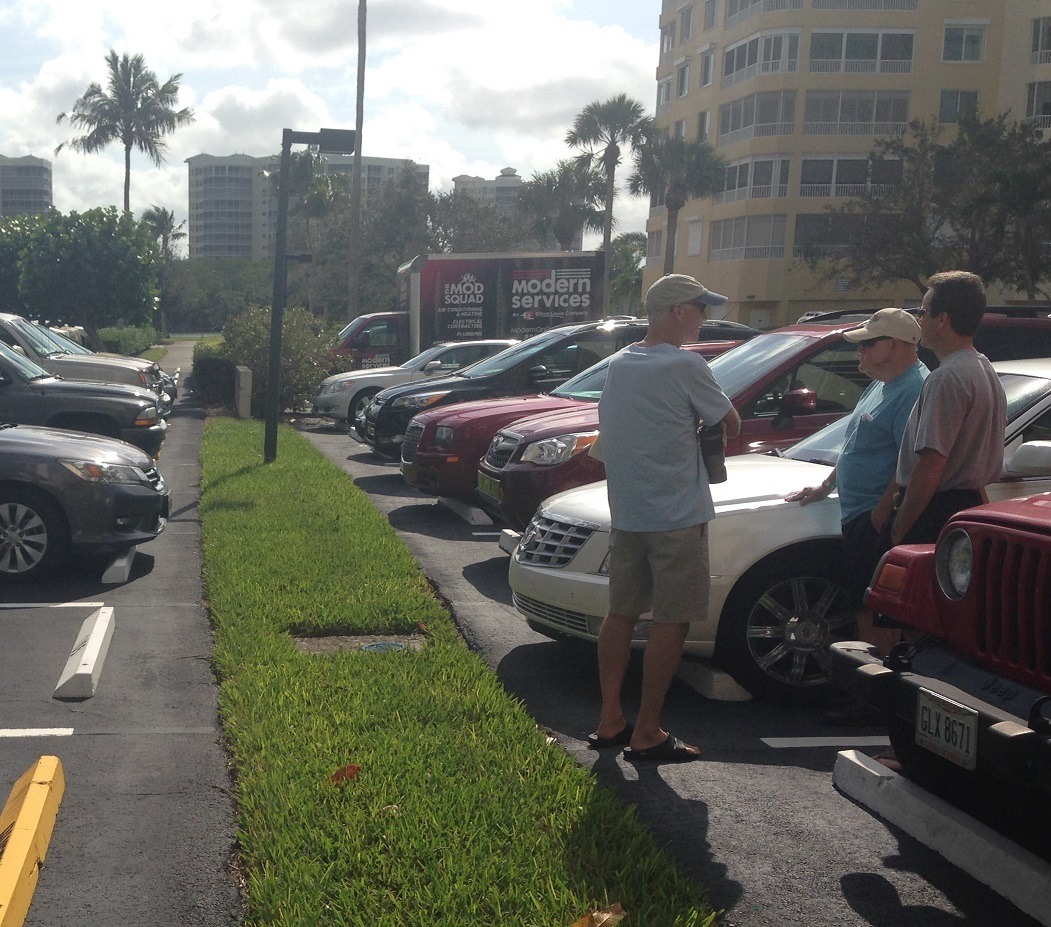 Just like that I was off to research the permitting requirements for this structure and work up a final bottom line bid. A new survey of the entire property would be needed which alone was over $4,000.  My final bid came in at $147,000 for the 12 spot carport with all the details above.  Keep in mind that the scope of work outlined above included many aspects not usually completed for an aluminum structure, namely the stucco’d columns, edgebeam, painting and electrical.

The estimate went on in in February and was awarded to us in April.  From there is full steam ahead to get the siteplan, the engineering, and the permit.  We were ready to build in August, which is the perfect time to do these project in Southwest Florida as no one is around, so the parking lot is empty.

We started by marking off the area with high visibility orange cones and reflective yellow tape, then we broke ground.  Cutting through the asphalt and digging the holes was the first priority.  Once dug to size, as spec’d by the engineer, the posts were set in place and then inspected by Collier County.  We kept moving along quickly and built the structure.  You’ll notice the edge beam at this point which has been engineered to accommodate the structure.  At this point we are about 2 weeks in and an aluminum carport is complete.  Over the next 2 weeks, the columns were placed around each post.  The columns and edge beam were then stucco and painted for a match to the building and somewhere in there electrical and lights were added. 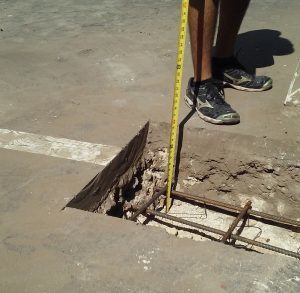 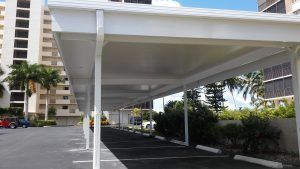 Take a look at how well our finishing gives it a look that matches the buildings.  Do keep in mind, this type of finishing is not ordinarily included with our carports, but this is a great example of what we can do!