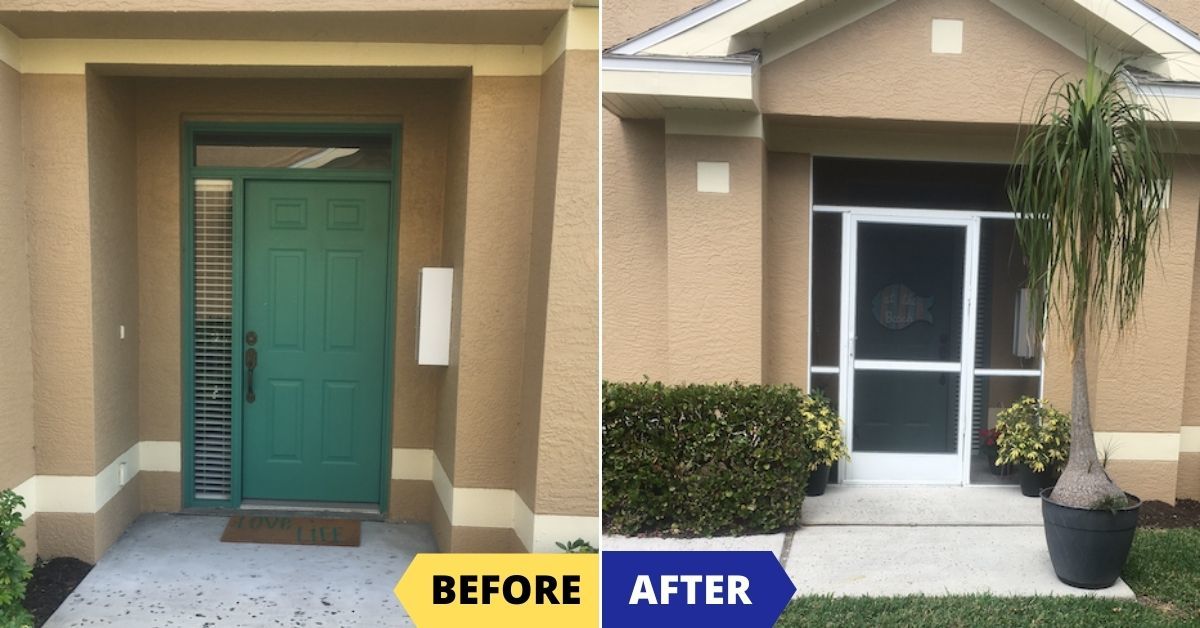 Keeping Bugs and Dirt Out of a Front Entryway in Estero

Who likes going in and out of their home to be greeted by mosquitos waiting to sneak in through the door?

Now they can open the front door in peace without trying to be careful that no mosquito gets in their home.

The front door area also gets a lot of dirt, especially when it rains. With the big sweep on the screen door, less dirt gets into the area and it’s easier to keep clean with the screen to filter out dirt and debris.