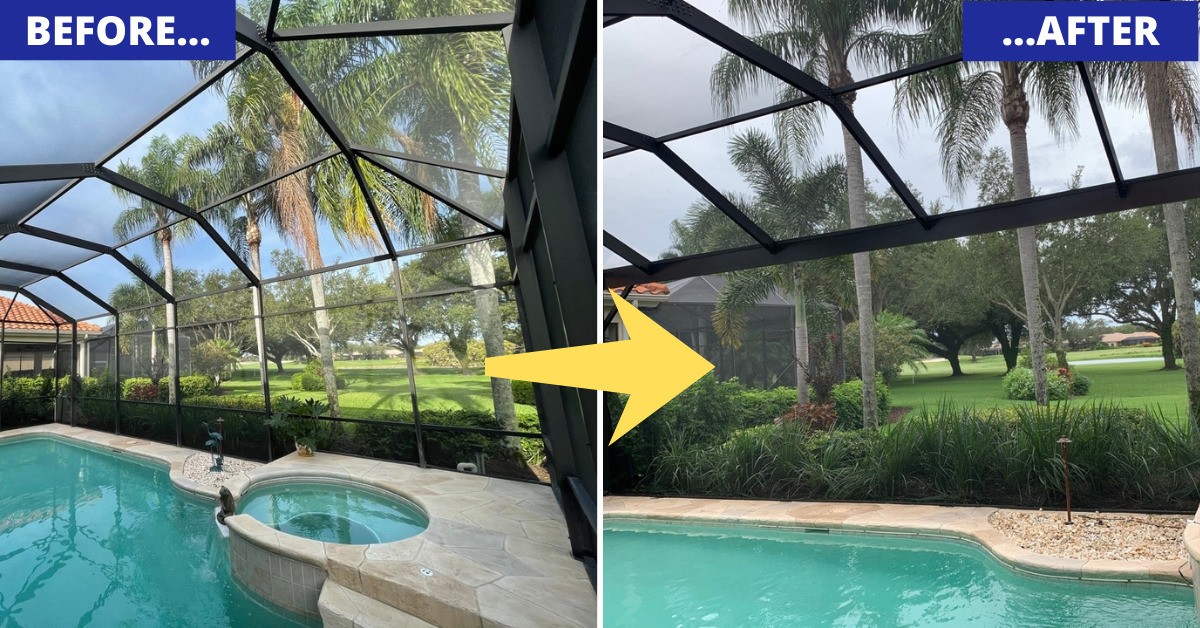 A pool enclosure should only keep bugs out, not cage you in. Traditional pool enclosures with several aluminum members tend to make you feel cramped in your outdoor space, but there’s always a better solution…

We just transformed a client’s pool enclosure in Naples. They wanted to have a better view of the surroundings outside their house, so they opted to have the picture window for their enclosure’s front wall.

In the process, we were able to eliminate the design flaw on the header and update it to the current building code.

We used #16 fasteners to connect the new vertical posts to the existing structure, which also strengthens the entire enclosure.

At the request of the homeowner, we also added some Florida Glass on a few panels to the side of the enclosure for extra privacy. In addition, we also replaced some damaged beams in the interior.