When Is It Time For A Re-screen? [PICS] - Gulf Coast Aluminum
0 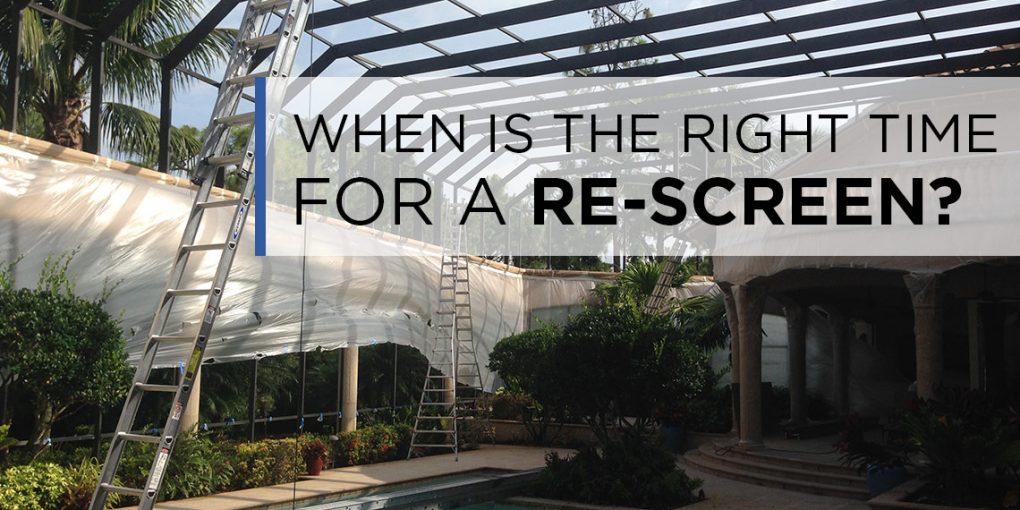 When Is It Time For A Re-screen? [PICS]

Just like tires, paint, and roofs, screen mesh has a life span.  If your screen has a few tears in it, you might be wondering, if you should get a full re-screen or just replace the panels one by one.  It is a fair consideration in an effort to maximize your value, as service calls for miscellaneous panels have a higher rate than a full re-screen.  In other words, you get more screen for your dollar when you do a full re-screen.

To find a good solution, lets think about tires on your car.  If your tire blows out due to an ‘event’, like running over glass on the road, you would probably just get the one tire fixed.  On the other hand, if your tire blows out because it has 40,000 miles and is worn, you’re probably best replacing all of your tires.  The same goes for screen on your enclosure.  If you just have an ‘event’ that tears the screen, like getting cut with a weed whacker, you should probably just get the panel replaced.  If the screen is tearing because it is worn out, you should probably go for the full re-screen.  Like tires, screen has a life expectancy in Florida conditions, based on the type that it is.

Artisan (builders grade): 3-5 years.  This is the material commonly used by commercial builders like Lennar, and GL homes.

As the screen reaches these ages it gets extremely weak, and changes color.  When the screen is new, the material is at its strongest, but as it ages in U/V rays it gets weaker.  For example, new Phifer 18/14 will hold up to a power-washer.  At 7 years old, a power-washer will shred the Phifer 18/14.  Once it reaches its life expectancy, the coating wears away, the mesh changes color, and a gust of wind is enough to tear the mesh.

Take a look at the enclosure below. You’ll notice that the screen has a white shade — this 9 year old Phifer screen has reached its life expectancy. 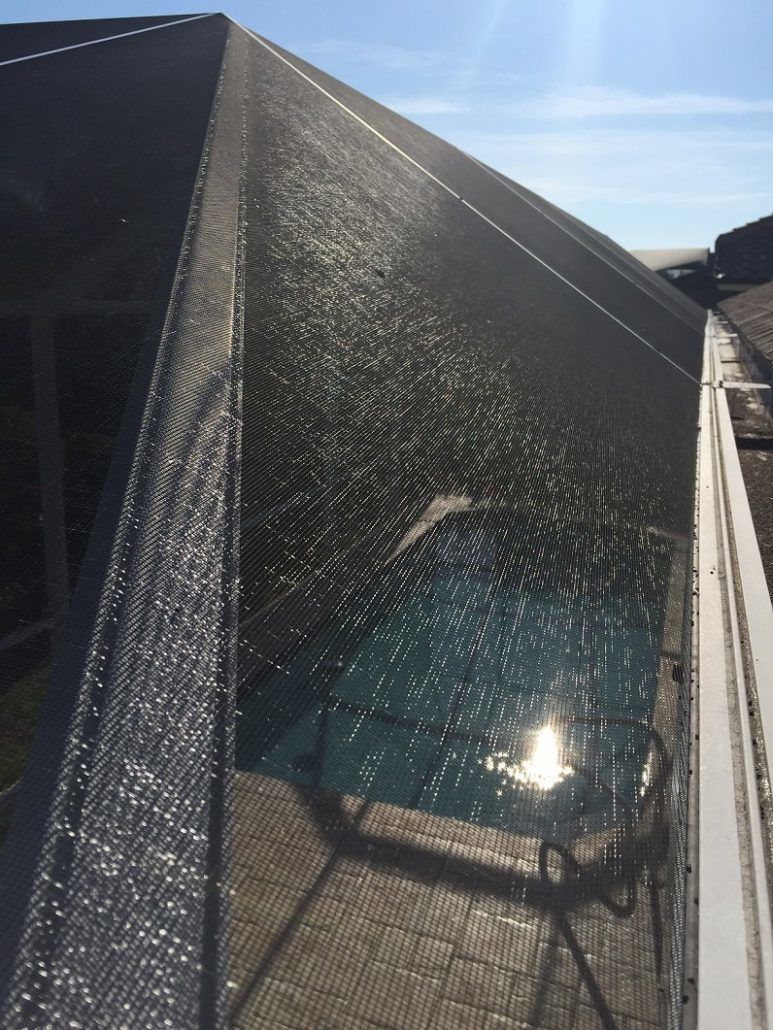 You’ll notice tears at the edge.  It looks like the screen has been pulled out of place and can simply be put back in… this is not the case.  What happened is that the screen has worn out so much that even a little bit of wind, or slight expansion of the metal from heat tears the screen.  This enclosure below has screen that has reached its life expectancy and torn at the edge, you now see it hanging down. 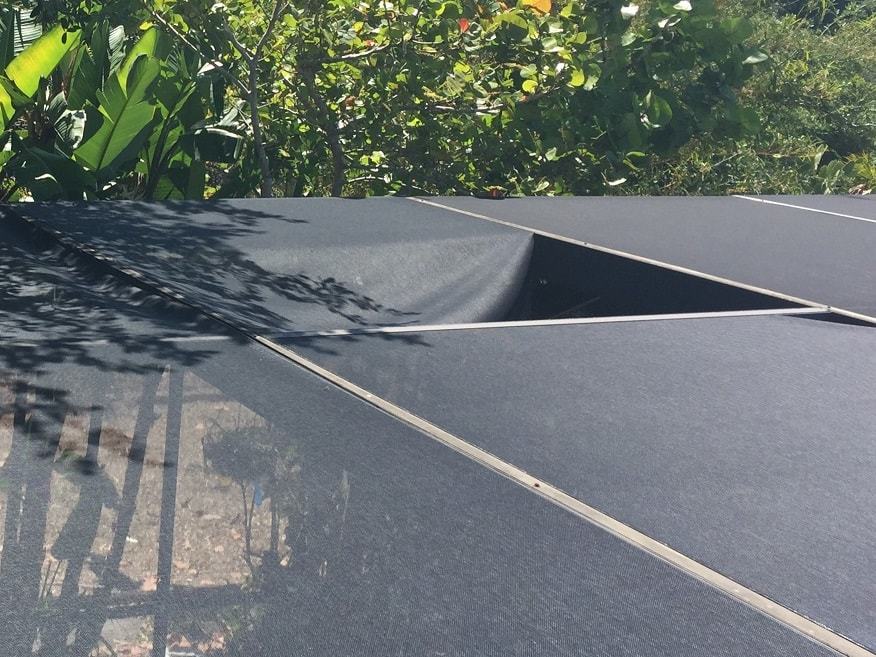 Back To The Question…

If your screen is aged and reached its life expectancy, you can replace a panel here and there, but more tears are sure to follow as the screen is considerably weaker.  In the case of Phifer screen, testing has shown that it loses about 90% of its original screen after 7 years.  You’ll also have a noticeable difference in color between the old screen and the new panels.  The new panels will be a crisp charcoal color, while the old panels will have a white shade.  The best bang for the buck is a full re-screen, as opposed to multiple service calls.

If you just had an ‘event’ tear the screen, like the neighbors kids throwing a football through it, or your husband lighting it on fire with the grill (seriously happens more than you think), a replacement of the panel will be fine.  Either way, we are here for both provided you are in our service area!