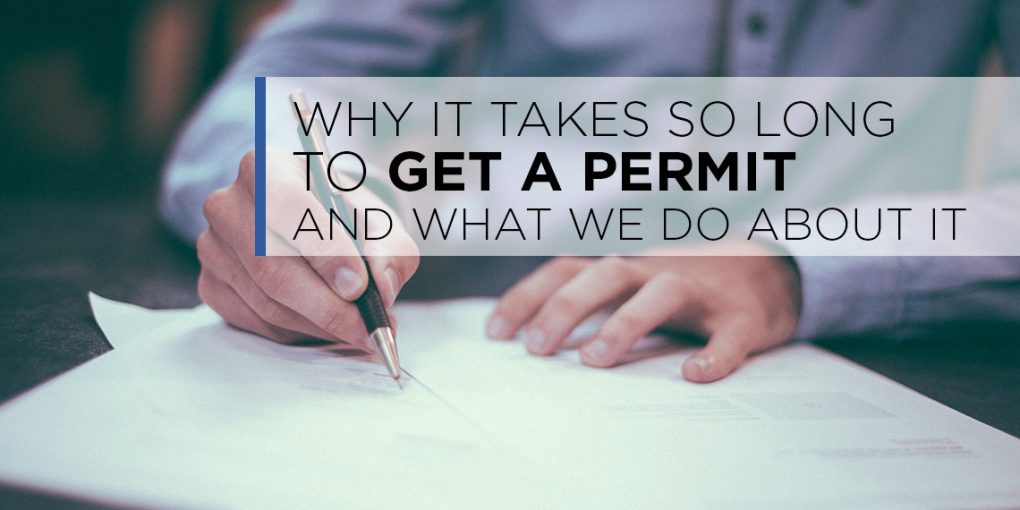 One of the most frequent complaints we hear about other companies has to do with permits.  Here are a few examples of phone calls we have gotten from individuals who went with other contractors, but they were so frustrated they are calling us for help.  You can actually go poking around online and find MANY reviews reflecting similar scenarios dealing with our competitors.

I gave them a deposit over 2 months ago and everytime I call them to check out in, no one has any clue what is going on.

They said the engineer needed to sign this.  Then a surveyor guy needed to do something.  Then they were waiting on an engineer again.  Now they can’t get ahold of anyone at the building department.

All these frustrations vented to us are generally followed by the question “can you guys just take over the project from them?”

So what is the problem with all other companies and permits?

Before the permit can even be applied for most project needed to ran through a survey company, and an engineering firm.  The surveying companies (even the best) are notoriously unorganized, and the engineers are notoriously unorganized.  On top of that, small screen enclosures are a lot less appealing (and lucrative) to engineers that large buildings.

After the surveyors and engineers, your project needs to go to he building department.  They’re all overworked, underpaid, and unorganized.

This means that your contractor needs be organized.  Most of the time, they’re not either.  In most cases there’s no management or organization.  Then, things become a mess.  The project gets forgotten about.  No one follows up with the surveyors daily.  No one follows up with the engineers daily.  Sometimes the contractor doesn’t know anyone inside the building department.  Even worse, the contractor just overlooks your projects and all the steps it takes.

We pride ourselves on making your project headache free.  That applies as soon as you sign a contract and starts with our organization.  We give each project (permitted project) a dedicated project manager.  Behind the scenes e’ve got a 38 step project approval process, and a computer system to make sure all the steps are followed through dilligently.

Continue reading:  How We Get Your Permit Faster Than Anyone